How does machine that separates recyclables work

It all starts with the garbage trucks delivering the waste to the recycling company. Usually among this waste there are all different types of materials since the machine is specially made to sort through mixed recyclables. Once the truck is there, it dumps all the waste on the floor and the driver of the truck or someone from the recycling facility checks over the waste to make sure there aren’t many huge objects among them, since the sorting machine won’t be able to sort this type of waste. One all the over-sized recyclables have been cleared out, then the process moves to the next step. 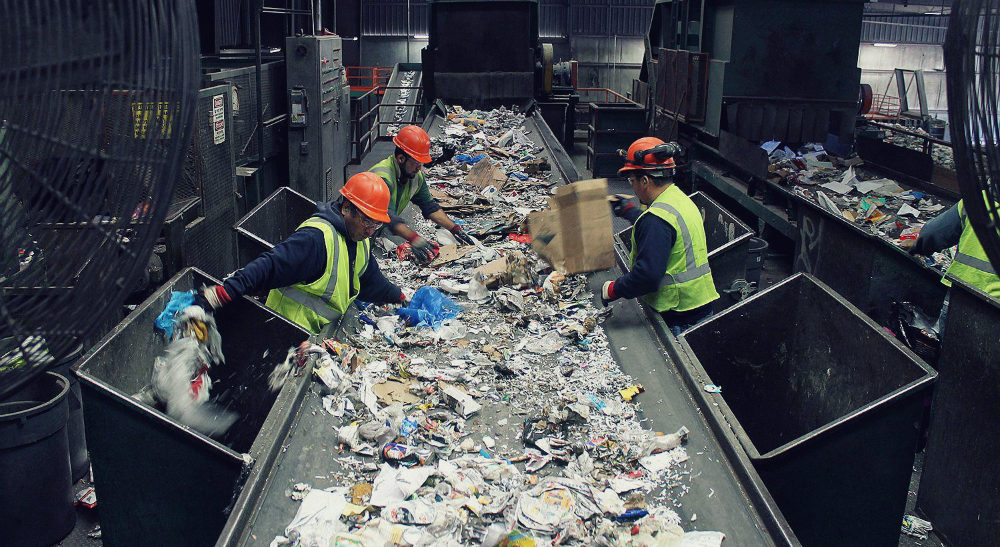 That next step is called drum feeder and all this entails is that a mechanical claw is used to grab piles of the recyclables from the floor and to drop the onto the conveyor belt, so they can start they journey of material separation and recyclable sorting. At the very start of the conveyor workers remove any materials or objects that could potentially jam the machine like plastic bags and hangers, so although there is still the element of human labor incorporated into this process, it is done to ensure that the machine will be able to do the rest. Once the waste has been rid of jam-worthy objects, then the waste moves onto the next step of recyclable sorting.

First material that is being separated is corrugated cardboard. It is done with so called star screens – star shaped discs that are able to lift out this cardboard, but the rest of the recyclables fall though the screens and move onto the next set of separators, so more material can be taken away. After cardboard, it is time for the human factor to come in again and to separate recyclables that could contaminate the machine. After that it’s time to sort out the paper.

All paper like materials, that mind you make up about two thirds of the recyclables, is sorted using star screens, too, but this time in a bit smaller size. And the rest of recyclables like those made from aluminum, glass, plastic and such move onto the next step in this waste sorting machine, the glass sorting.

Since glass is heavier that plastic and aluminum, once the waste drops down to the main conveyor belt from the medium star screens, the glass parts fall through another star screens and land into bins. Then those bins are are moved onto special device that will grind them into coarse sand, which will then be brought to companies or machinery that specifically recycle glass. But the plastic and metal pieces, move further through the separation machine. 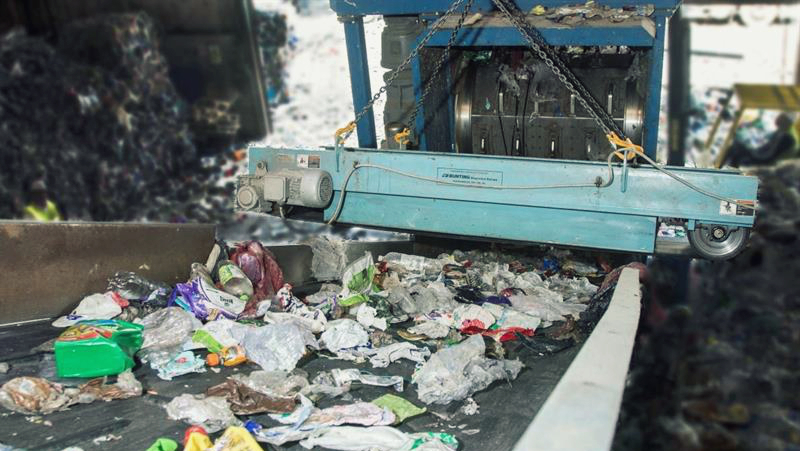 The next step for the recyclables that are left is the magnetic metal sorter, which, as you might have guessed by its name, will remove all metal parts. The magnet is a 3,900-gauss magnet mounted above the conveyor and it efficiently picks up all that is magnetic, so all metal materials and such. It is done like this, because usually less than 5 percent of all the waste is metallic, so the machinery doesn’t need a huge metal sorting device. The exception in this metal sorting process in aluminum, that is separated differently, by using a so called Eddy current separator. It employs a magnetic field induced electrons in aluminum, which interacts with the separator’s magnetic field and pushes all aluminum waste on another conveyor, so it can be properly recycled. Once that is done, the only material that is left on the main conveyor belt is plastic, but since there are several types of plastic and not all of them can be recycled, that needs to be done by the machine, too.

So how the machine separates different types of plastic is by first shining infrared laser beams on all the plastic peaces, to detect the grade of each of the piece. Then strategic air flows are placed along the conveyor, that will puff out air, to finally separate the plastic waste into recyclable and non recyclables. By this point you maybe wondering, if this machine is truly able to recycle all of the waste that first got dumped onto the conveyor belt and the answer is no. Usually things like shoes, jar lids and such are left and their faith is to go to a landfill, since there really isn’t an efficient way how to separate and recycle these objects, yet..

Finally the last step in the recyclable separation process is to press each type of waste into five by four feet bales and deliver them to the actual recycling machines or companies, that will recycle the materials and make them into new objects. This is how the recyclable separation machine works and how it makes the waste sorting process that much faster and efficient.