What’s in common to Ford and Jaguar besides that they both are car manufacturers? They both are implementing aluminum recycling programs in the manufacturing process of their newest models that lets them save the environment and save money, too.

About two years ago Ford announced, that they would use aluminum for the majority of their new F-150 truck construction. At first this announcements caused quite a buzz for two reasons. Firstly, along with aluminum use in the production of the new truck model, they announced that this change would let them lower the cost of the truck, which was great news for all truck lovers. The second thing, however, was that along with this statement, people had big two concerns regarding the aluminum construction of the car: people were worried that the insurance costs would skyrocket for a car that mostly is made from fairly lightweight material and people also were concerned that repairs, too, could cost way more for this car, since raw aluminum is much more pricey than raw steel for example, which usually is used to make cars. Thankfully Ford themselves were ready for these concerns. Regarding the repair costs they replied that, using their equipment, they could significantly lower the costs of aluminum alloy, making the price for repairing one of these trucks not much bigger than if you would repair a truck that is made from regular steel. As for the insurance costs, Ford as well as insurance specialists have ensured, that there shouldn’t be any significantly noticeable raise in the costs of insuring these aluminum trucks. And even though it is still hard to say what the cost implications actually are for owning a truck that is made mostly with aluminum instead of steel, because even now there isn’t that much data to go on, it is clear that the change to aluminum not only would help make the car a little more environmentally (and customer) friendly, but also that even if the price of the car will be smaller, Ford will still be able to reap around 80 million dollar return per year from this change. 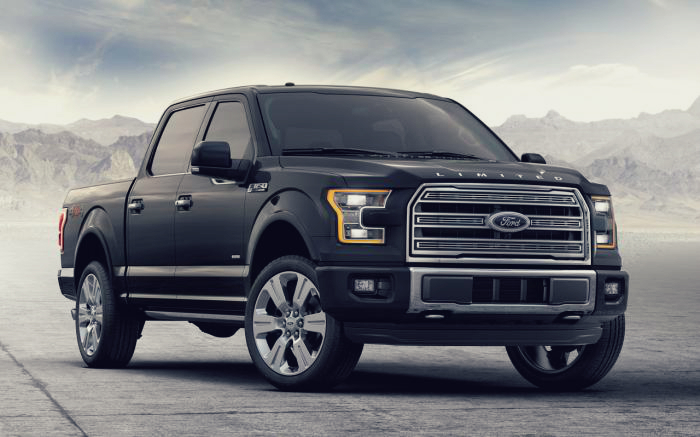 The second car manufacturer that needs to be mentioned here is Jaguar, who also has implemented significant aluminum recycling programs. They claim that Jaguar had prevented about 500 thousand tons on CO2 from being released into the atmosphere just by recycling aluminum, which is quite a significant amount. Moreover, Jaguar also aims to produce all of their cars in a way, so that ¾ of all cars would be made from recycled aluminum by 2020, which defiantly isn’t an easy feat to achieve, but would be oh so good for the environment.

This change in Ford and Jaguar policies not only will lower the manufacturing costs of their cars, while still allowing them earn big profits, but it could also prove to be the start of all car manufacturers using aluminum rather than other metals in their production and caring more and more about recycling. And with different environmental initiatives already in place for NISSAN, Toyota and other car brands, where recycling is a huge part of these initiatives, thing are looking up for greener world and greener automotive industry.